Refer to figure below. The extent of model input (blue border) varies based on the catchment (grey shadow). In the current form, the mo_spatial_agg_disaggregation upscaling and downscaling routines is based on ceiling function and has following effect -

The ceiling based downscaling in mo_spatial_agg_disaggregation is incompatible to the latter two scenarios mentioned above. A better alternative would be area based calculation where L0 area (grey shadow) and L2 area/s are used to downscale L2 to L1. This would, in principle, improve scalability compromises previously induced in mHM from L1 meteorology. This corresponds to the approach of SCC in mLM as well.

We should bear in mind that, if accepted, this approach would change the reference for mHM test cases.

Below is a screenshot showing a test case of mLM exhibiting the above issue of incorrect L1 meteorology. The extent was as in the third case, and nodata count is > 0 whenever L2 is not a multiple of L1, during downscaling. However, this is not the case with upscaling although the domain average tmax and tmin calculated from L1 values deviate a bit from what it should be (L1 = 0.05, 0.25). For mLM, a dirty patch has been applied with this commit in mLM fork and resolved issue mhm/mhm#167. However, mLM awaits a better solution from develop at mo_spatial_agg_disaggregation. 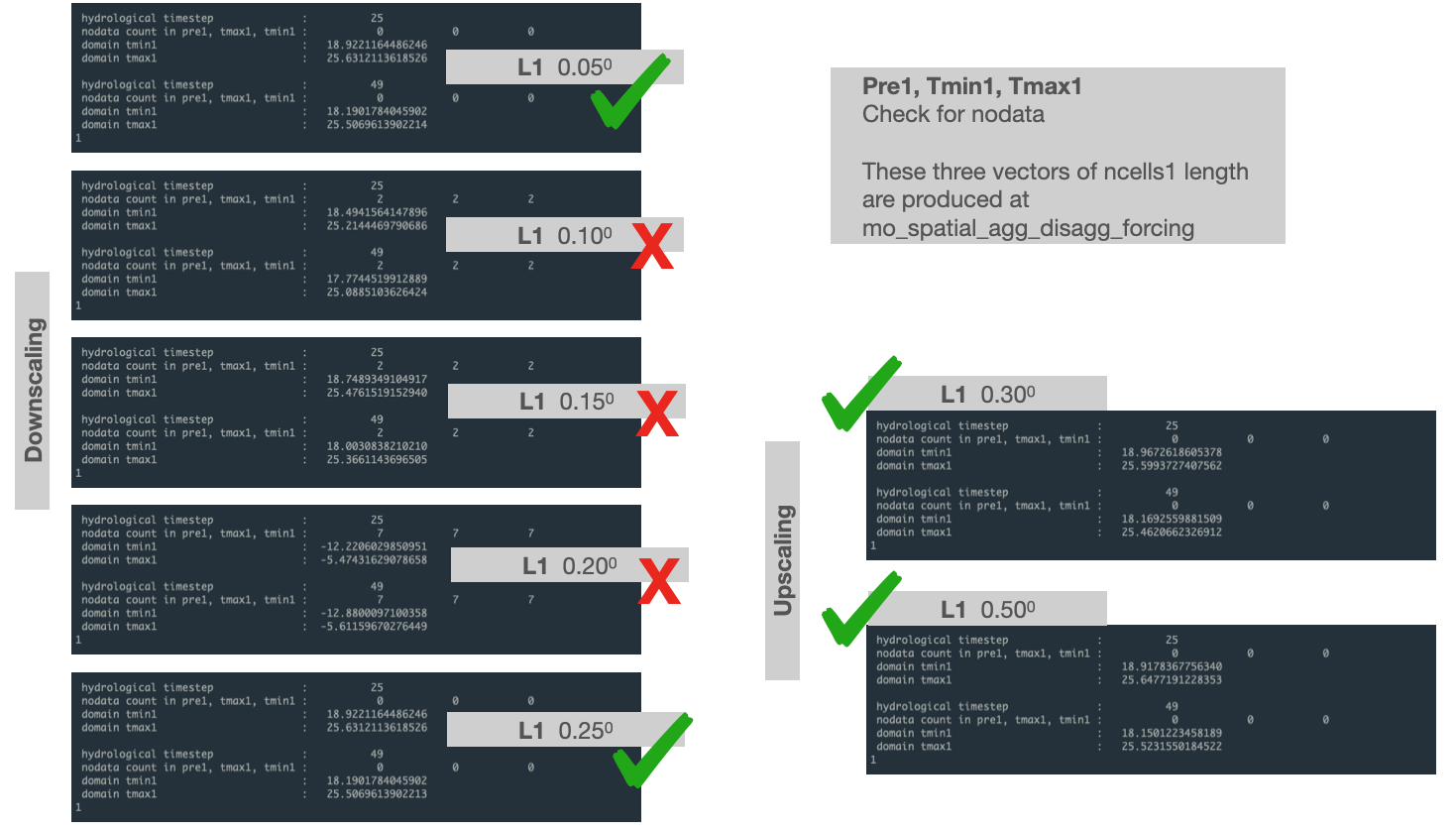